We had the good foresight to book a tour with Rabbie’s Tours.  9:00am to 6:00pm being driven around the countryside with 9 other passengers on a shuttle bus. 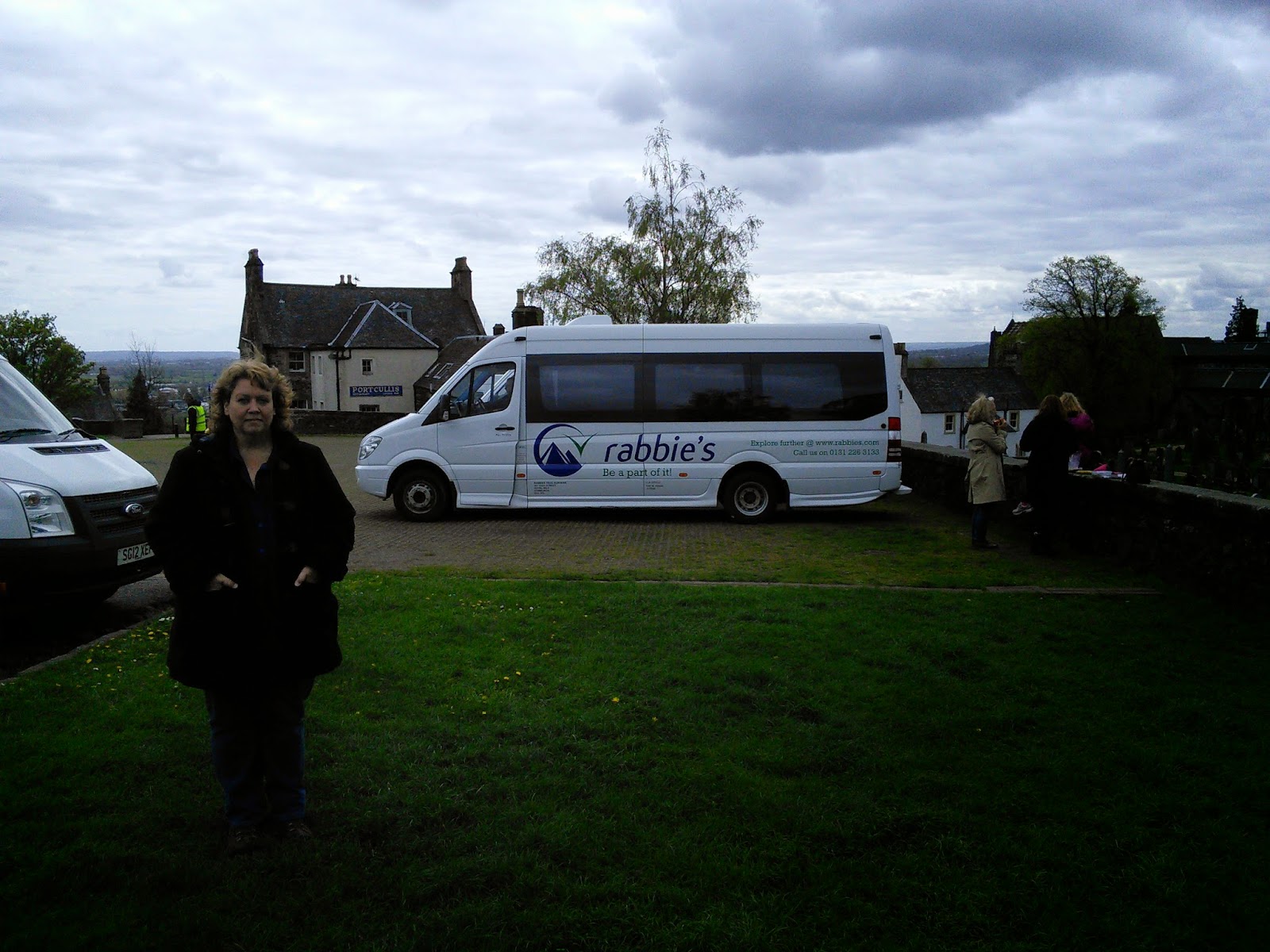 Our driver / guide, Tony, was great.  He regaled us with Scottish history, humour, and even some good tunes.

Plenty of brilliant photo ops, and loads of less than brilliant ones too. 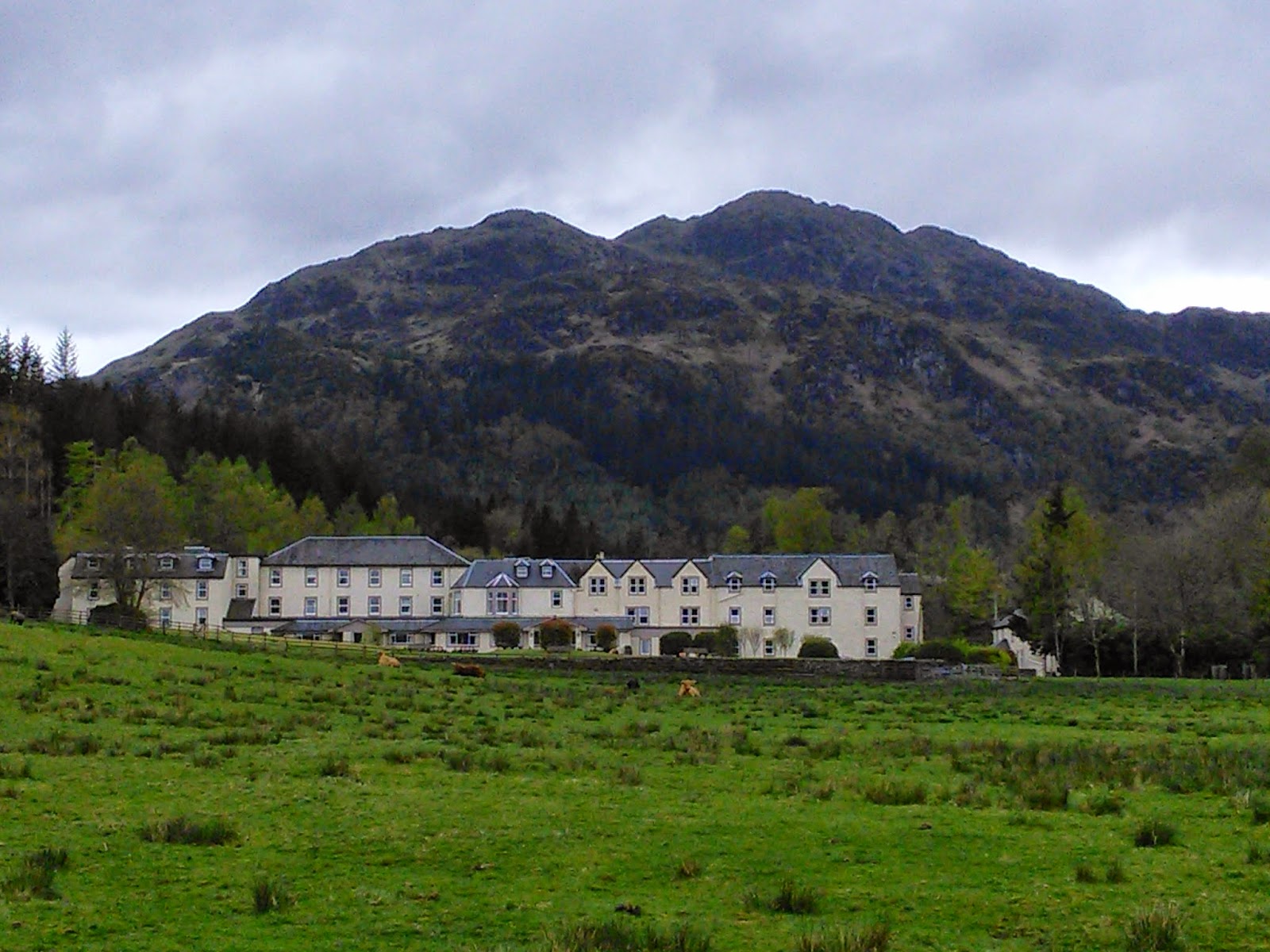 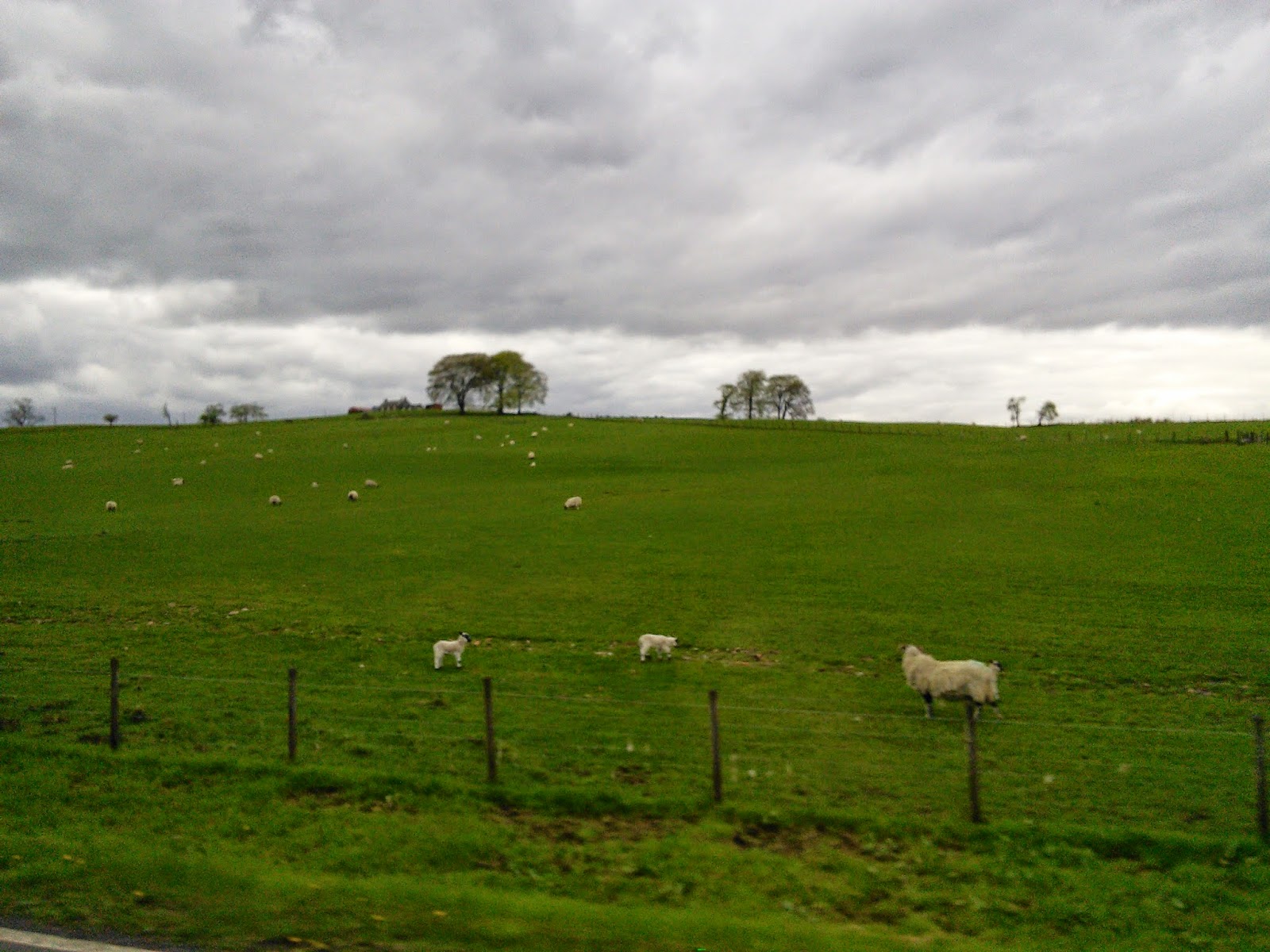 According to our guide:  Scotland has 5 million people and 10 million sheep.  Two sheep for every person.  One to eat, and one to keep you warm. 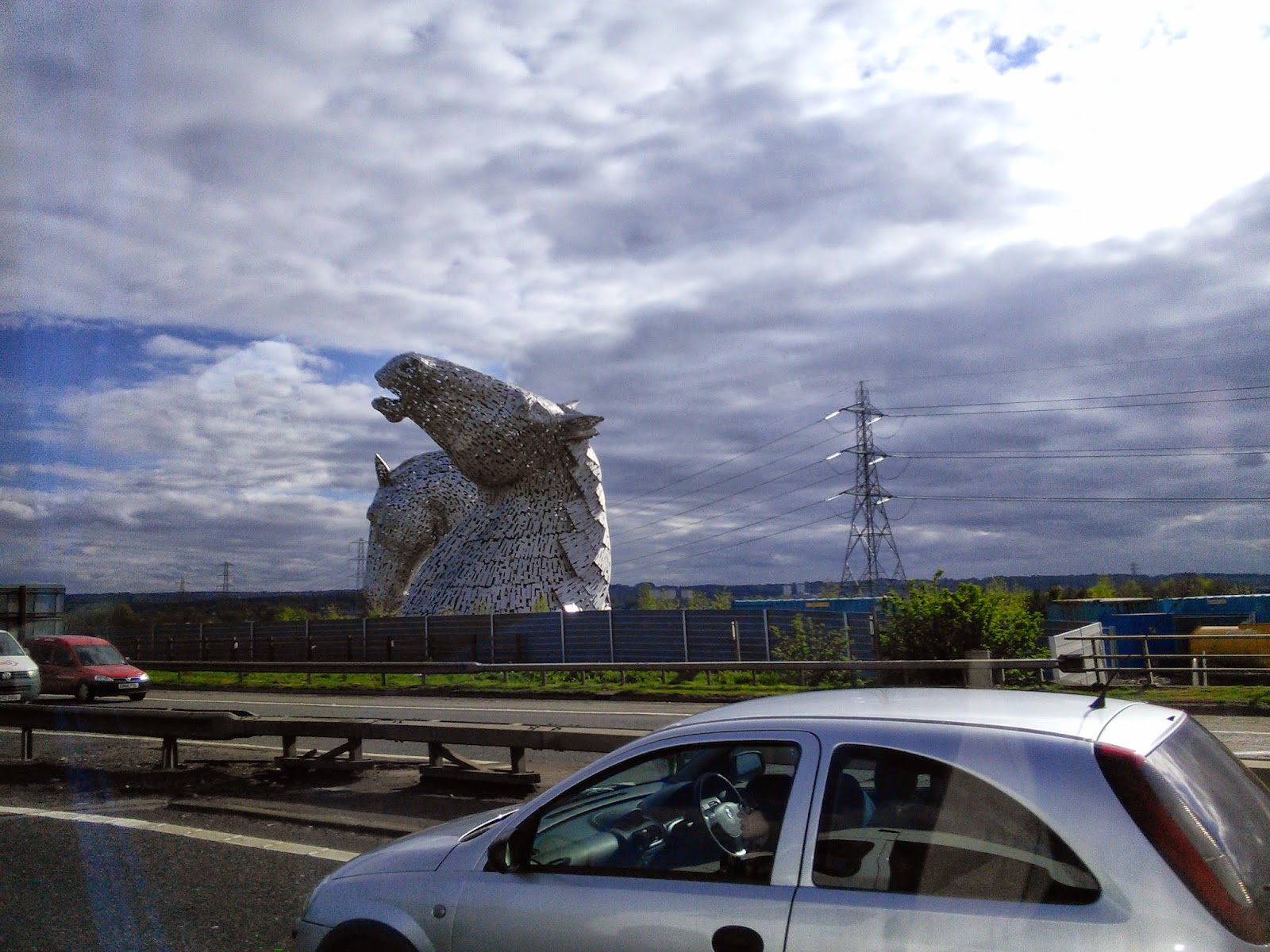 According to legend, Kelpie are water serpents that when hungry, take the form of a horse and leave the water to feed.  These big black stallions lure you into the water, until you drown and then they eat every scrap of you except your liver.

A 90 minute stop at Stirling castle isn’t quite long enough to see everything thoroughly. 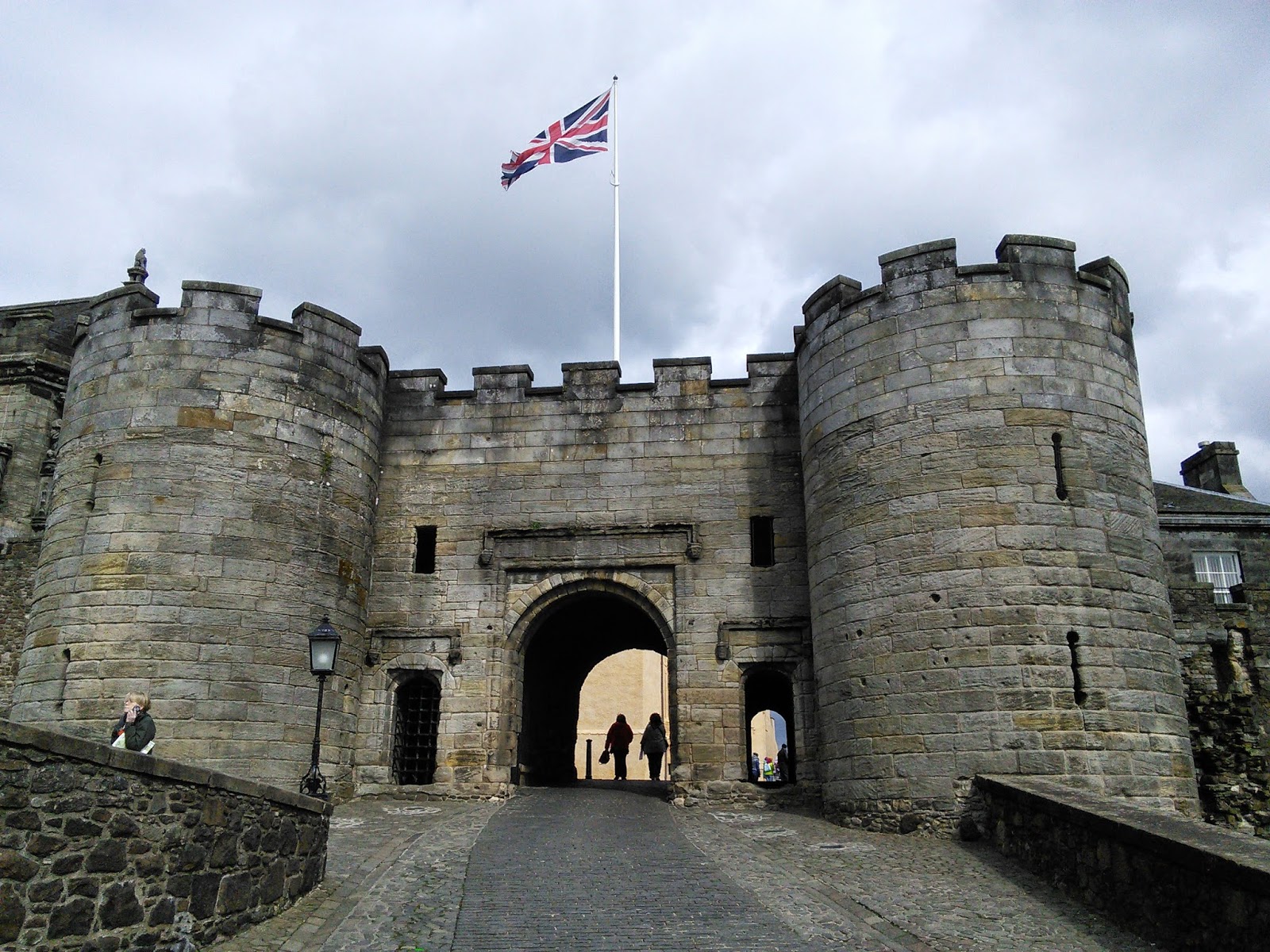 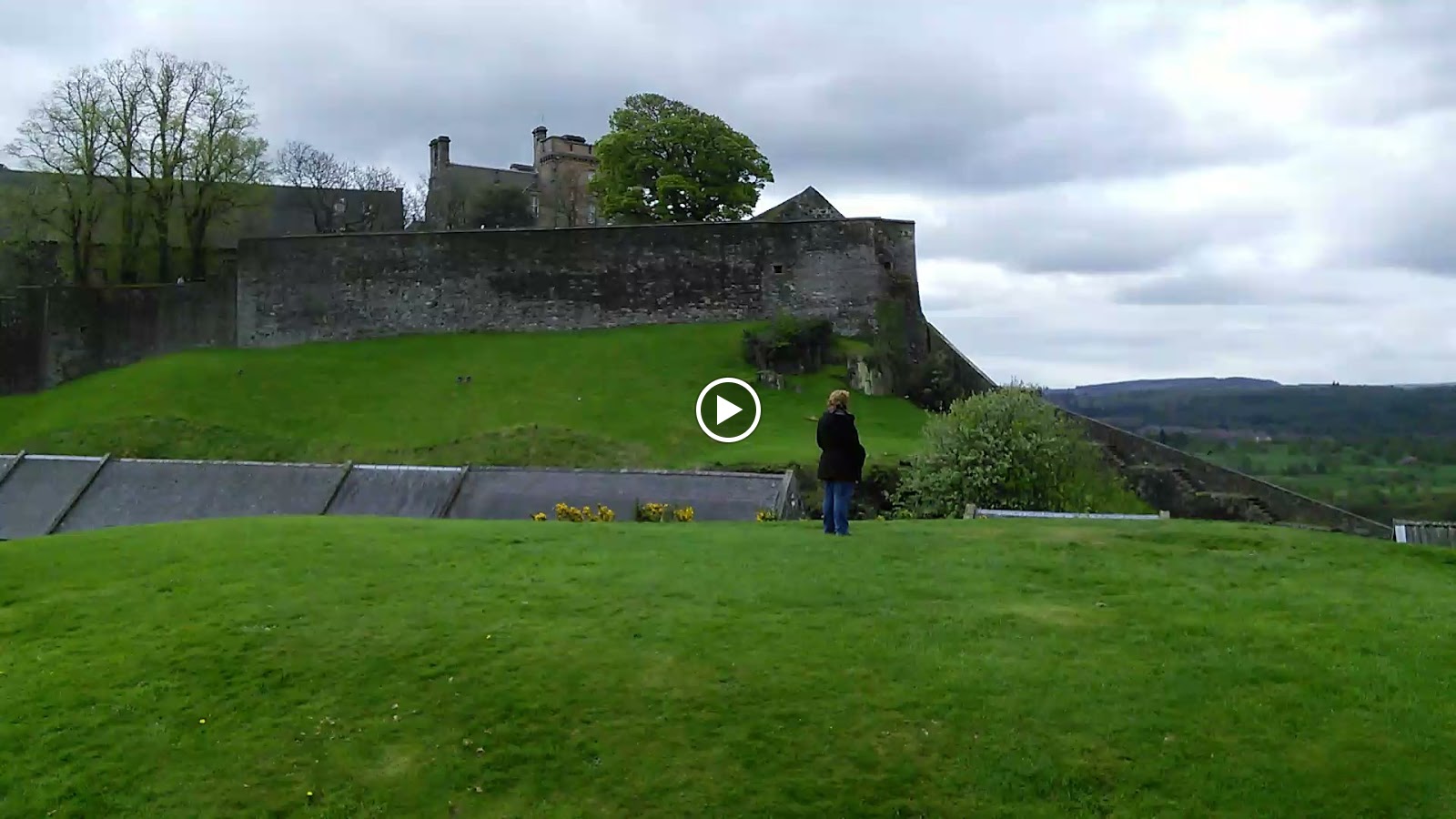 View from Stirling castle.  The brown tower in the middle is a monument to William Wallace, A.K.A. Braveheart. 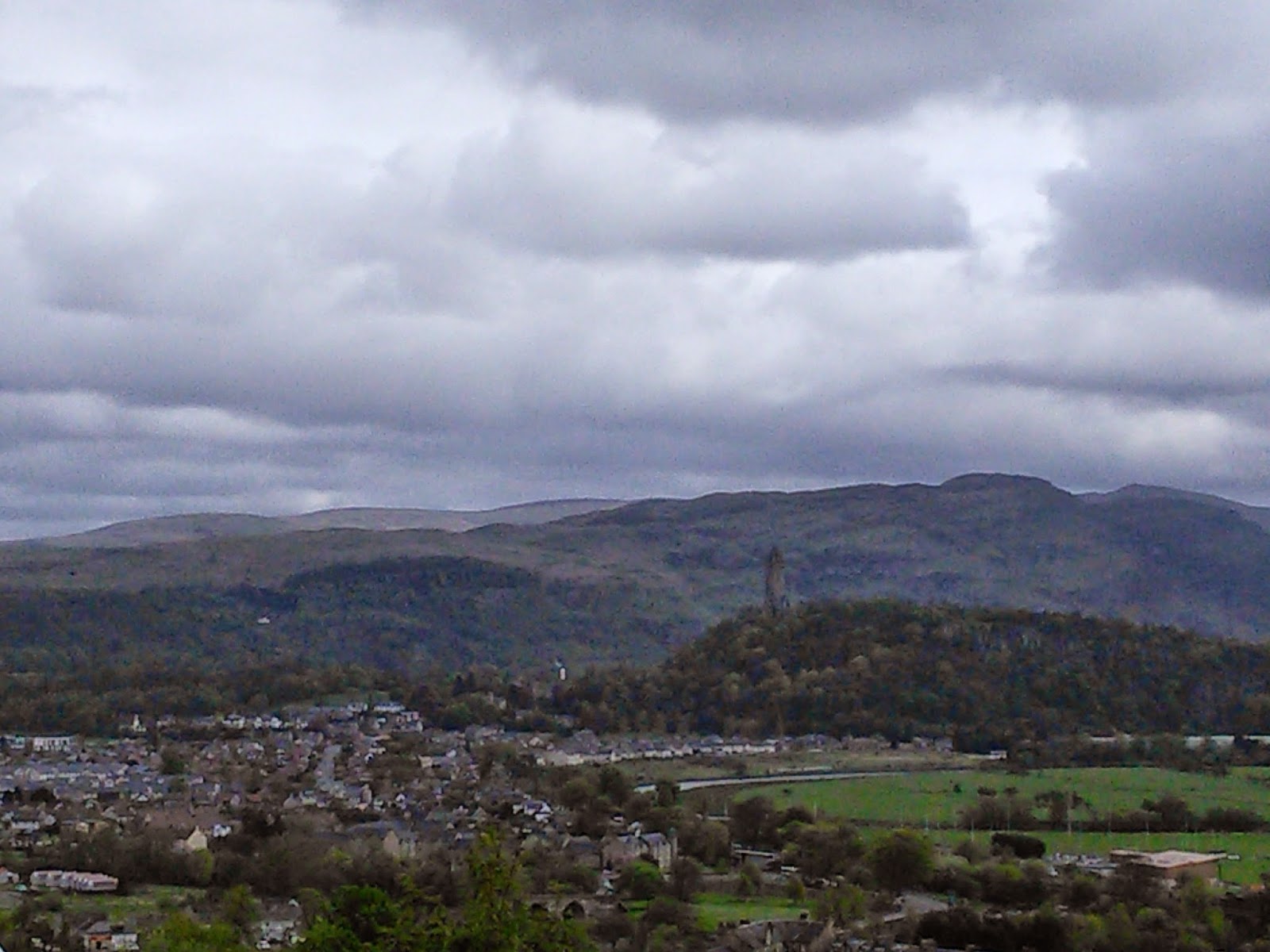 Our guide says:  Braveheart could not be less accurate if it included an animated dog and was called Wallace and Grommit.
William Wallace was around 6’7″ and spoke Gaelic, not Australian.
He also never painted his face blue.  The Picts painted their bodies blue. 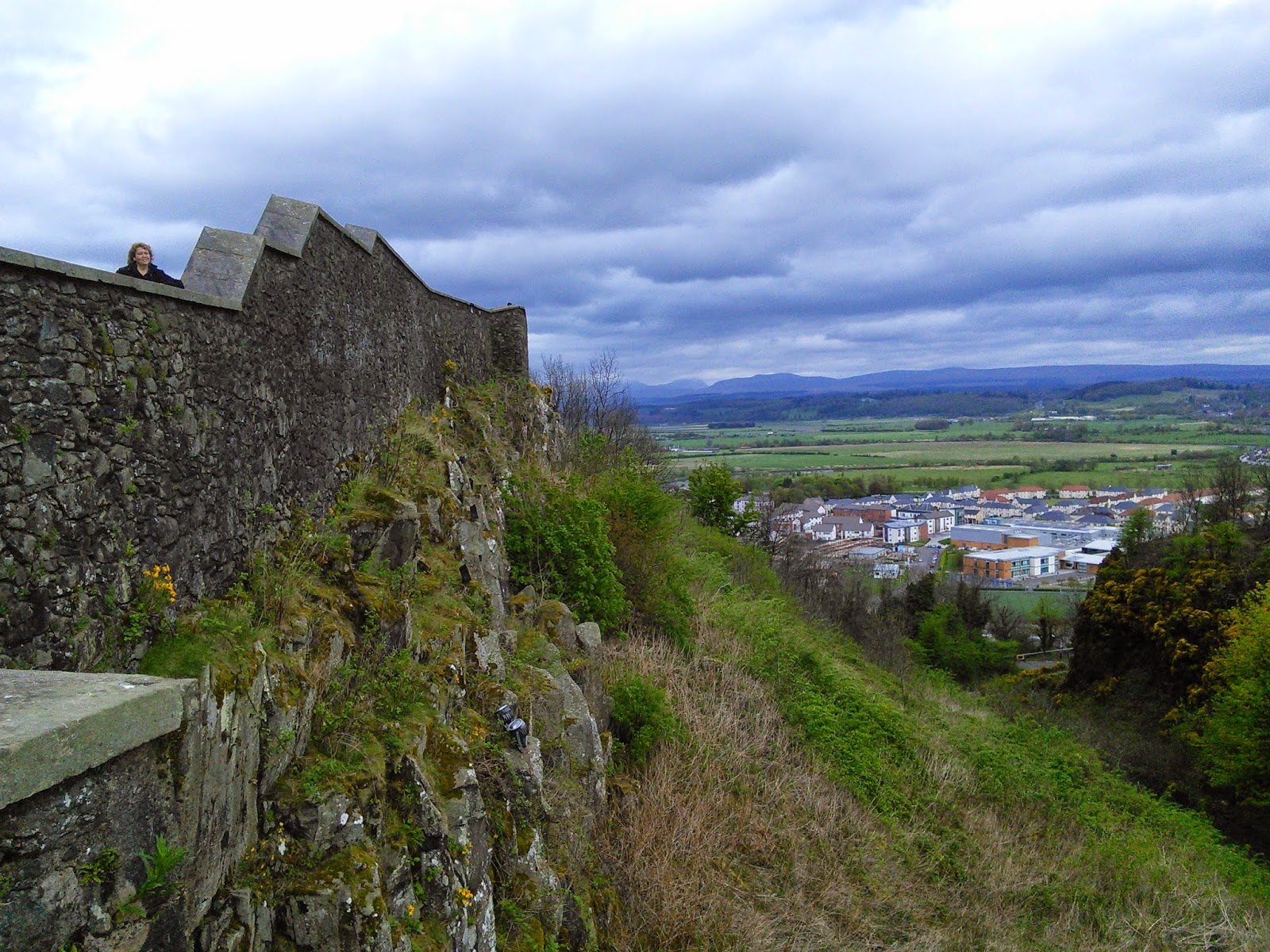 Next, it’s on to Loch Lomand…