I have to just start by saying: WE’RE HERE!!! All my Anglophile-centered PBS and British film watching still hasn’t prepared me for this – I am agog looking at the buildings, people, statues, the Thames, the phone and police boxes…Well, you get the point. It is everything I was hoping for and more. Several of those awesome curved streets where the long row of white buildings curve along with it.
So, we arrived at Heathrow (I just love saying I flew into Heathrow.) and immediately got our weekly passes for the Tube, and it was off to our hotel in the Earl’s Court section of South Kensington! 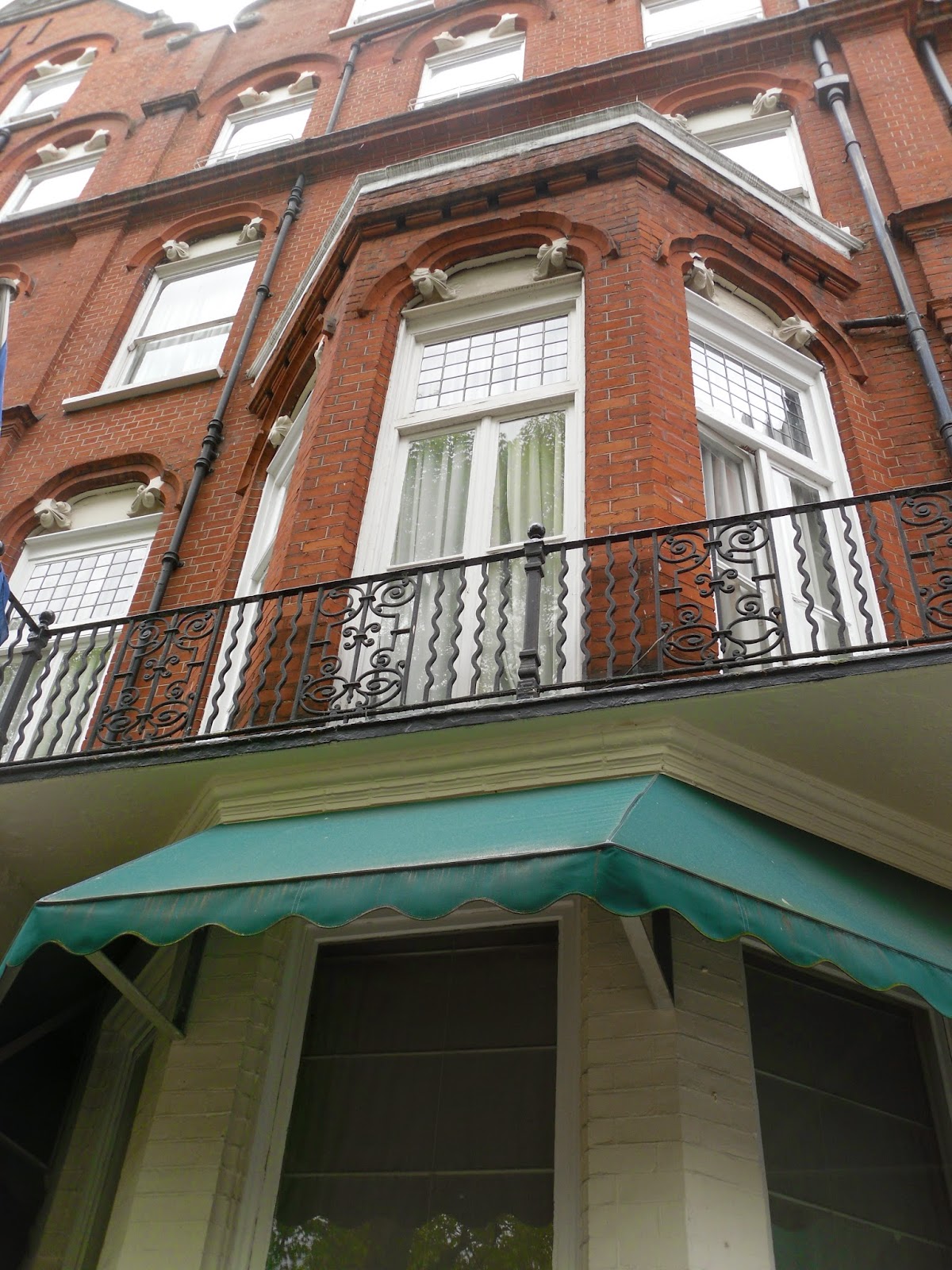 The Burns Hotel, Barkston Gardens, is a smaller hotel made from renovated Georgian townhomes (I know, how cool is that?). We have a room on the “1st floor” (means 2nd here) with a bay window overlooking a lovely neighborhood garden. (We later found out that the garden is “residents with keys only access”, so we just looked through the iron gate while walking past.

We weren’t sure how far down the street our hotel was when we first arrived, and we were truly tired, so we stopped at Gregg’s Sandwich Shop for some pretty decent packaged sandwiches. Little did I know that my Egg Salad with Watercress was just the beginning of a loooong line of egg and egg-related dishes I would eat while in England. (Vegetarian food can be found, but these people love eggs, cheese and pickles, sometimes all together at once!)

After depositing our backpacks at the hotel, we struck out again to explore the neighborhood that would be our home for six days. We took the mandatory pictures with the big blue Police Box in an homage to Doctor Who, and stocked up on hotel-room supplies from Sainsbury’s Grocery: bananas, just-add-water porridge, crumpets and peanut butter. We also spotted a laundromat we planned to visit before the end of the week to prepare for the second half of the trip in Scotland.