On Easter Sunday, an impressive and somber gathering happens every year in the center of Dublin City. 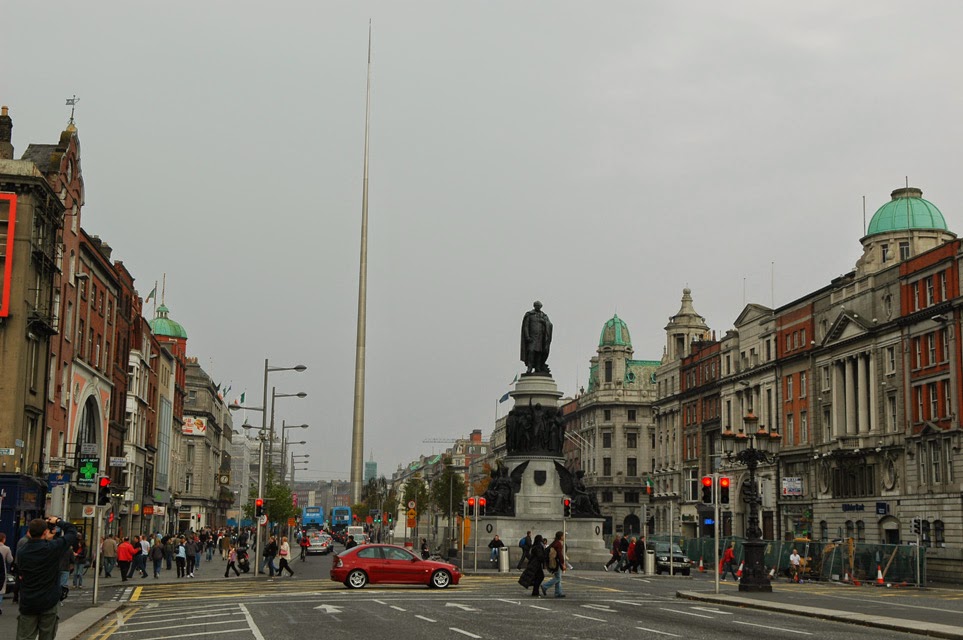 As we were making our way to the Clontarf festival, we walked past the “Spire”, which was built as part of a revitalization project for Dublin in the early 2000’s. So, we’re looking up at this gigantic silver needle pointing to the sky when we happen to notice a large group of men in military uniforms, guns on shoulders standing at attention facing an imposing governmental-looking building. 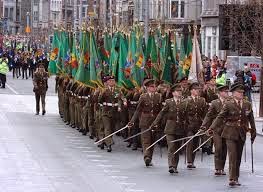 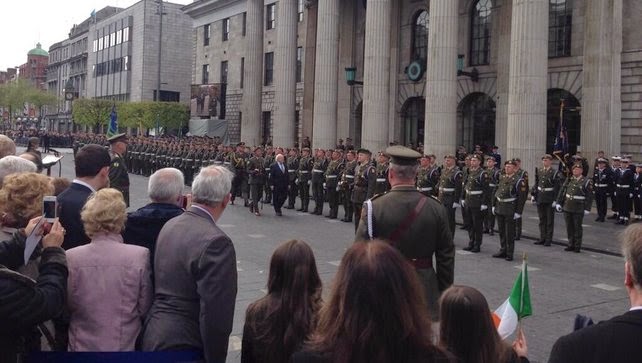 We walked closer, but not too close because the crowd was huge and the street was cordoned off at the intersection in front of the assembly. We looked for a few minutes, and because we just weren’t sure what was going on, turned right to continue on our way to the bus stop. Upon rounding the corner we saw a much smaller, but similarly geared up line of soldiers standing at attention, silently facing another facade. At this point, I really thought we needed to know what was happening, just in case it was something we needed to avoid, so I asked a friendly-looking lady standing on the sidewalk near us.

She said that it was the observance of the 1916 Easter Rising. I said, “Oh, thanks…” and we kept walking. Later that day I looked it up on the internet in our hotel room and learned that the two places the army had been facing, The Four Courts and the General Post Office, had been integral to the ill-fated and ultimately disastrous standoff between the Irish Republican Brotherhood and the British army. It is remembered nationally in the Republic of Ireland as the beginning of the battle for Irish independence from British “Home Rule”.

So, while we were clueless as to the import and relevance of this event to our trip, it was a really fascinating moment in the past and present history of Ireland to see on a Sunday in Dublin. Especially relevant once we reached Scotland and heard all the talk about their upcoming vote for independence from England in September.